Agricultural complex "Zelena Dolyna" is a diversified industrial complex, which was created on the basis of a sugar refining plant and farms of Tomashpil' and Tulchyn regions located in the south of Vinnytsia Oblast in September 2004. Currently, the company operates in 5 regions: Tomashpil', Tulchyn, Nemyriv, Sharhorod and Tyvriv regions. We use the latest land cultivation and plant protection technologies. Scientifically based crop rotations make it possible to develop an agronomic strategy for increasing land productivity and crop yields. On the stud farm "VYLA" we breed these kinds of cattle:

We have achieved the highest results in each of these areas: we have confirmed the status of a breeding plant, and we have passed the certification of products as organic ones, according to European standards No. 834/2007 and No. 889/2008 It is a developed high-tech enterprise, which is one of the best enterprises of the Ukrainian sugar industry.

Every year, operations on technical re-equipment, automation and modernization of production processes are carried out, energy-saving technologies are introduced and alternative fuels are used.

The grain-receiving enterprise in Zhuravlivka works as an elevator, storing grain and its by-products.

Our own mixed fodder department fully covers the feed needs of our farms. Agricultural complex "Zelena Dolyna" became the "Leader of the Year 2017" among the best enterprises in Ukraine.

In 2011-2013, Agricultural complex "Zelena Dolyna" is invariably included in the rating of "The Agrarian Elite of Ukraine" according to the Farmer magazine, which unites 100 leading companies and executives of the domestic agroindustrial complex.

In 2010, the Agricultural complex became the owner of the "Industry Leader" certificate for its main activity - the cultivation of grain and industrial crops.

Tomashpil' sugar refining plant was ranked 1st among the sugar refineries of Vinnytsia Oblast in terms of technical and economic indicators of the 2011 season. Within the framework of "The National Competitiveness program", the products of the plant received the "Mark of Perfection", which confirms their compliance with the main national and international standards.

According to work results of the National Association of Sugar Producers of Ukraine "Ukrsugar" in 2014, Tomashpil' sugar plant is ranked the 3rd among the sugar refineries of Ukraine in terms of the total number of points for technical and economic indices. 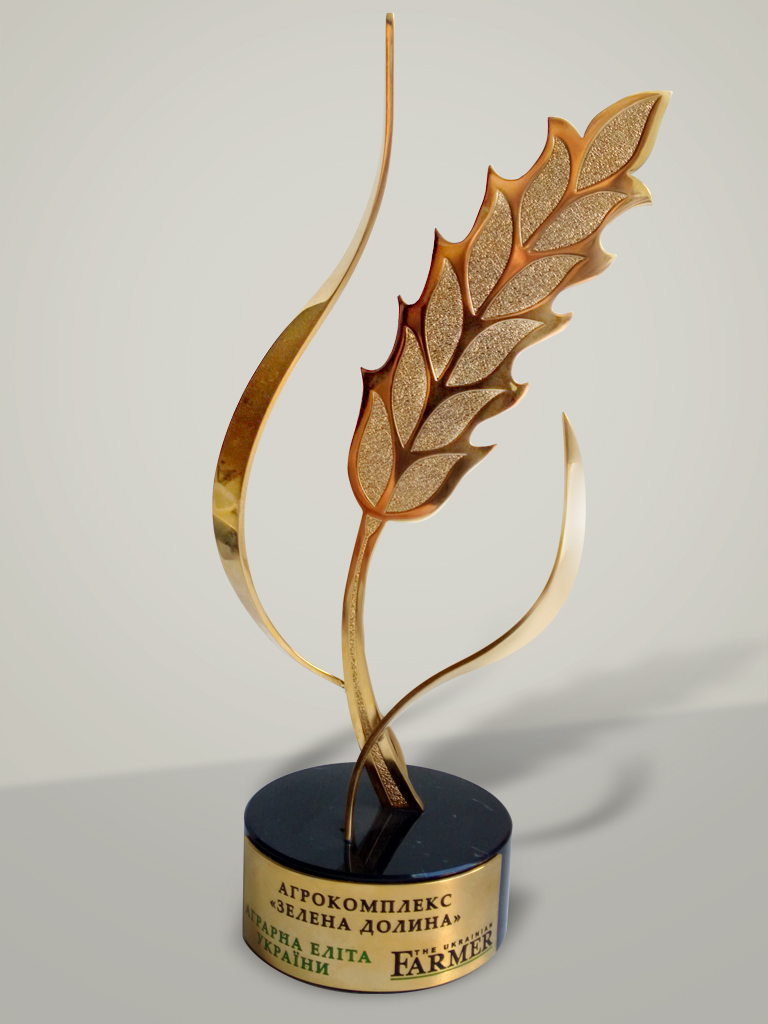 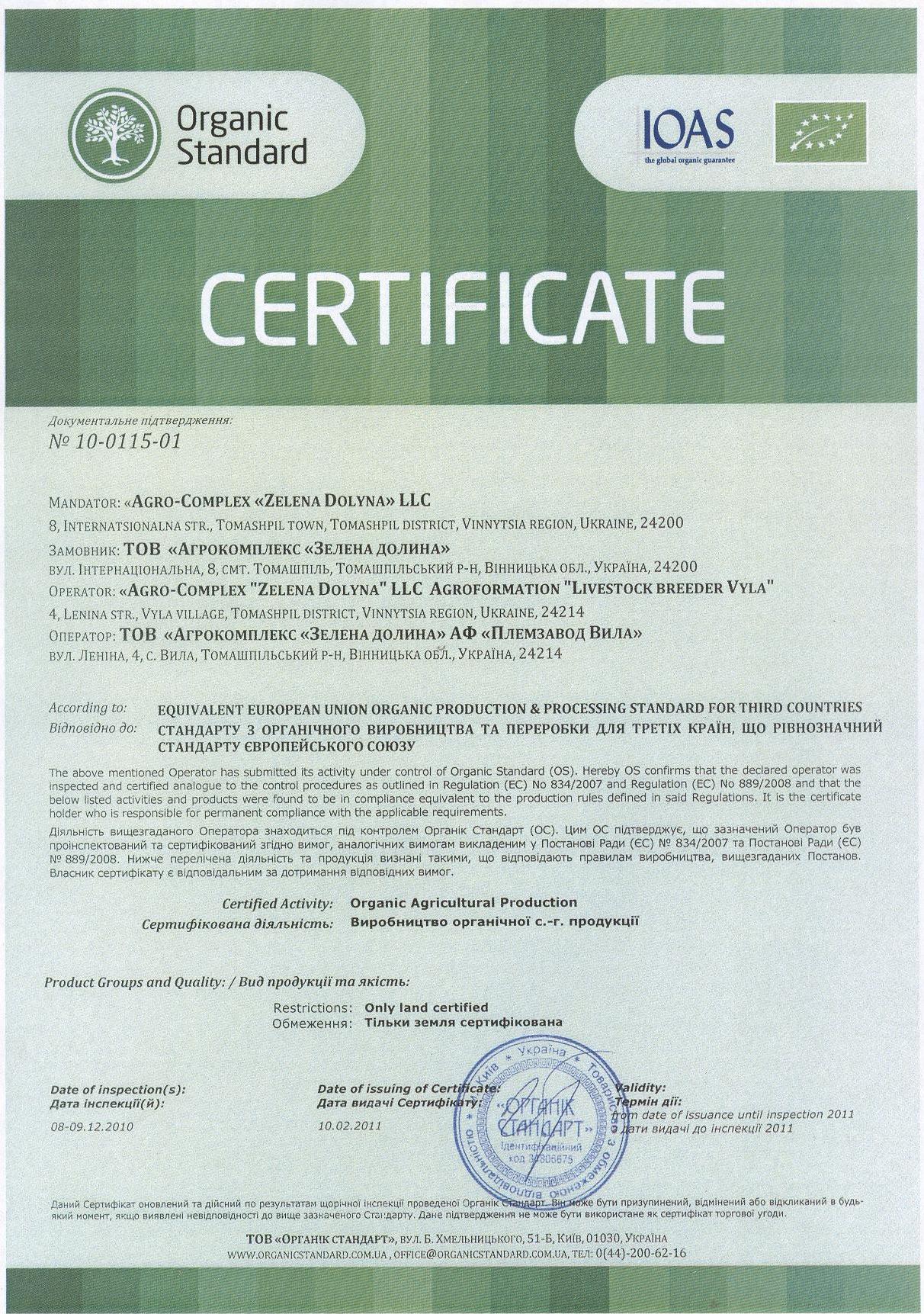 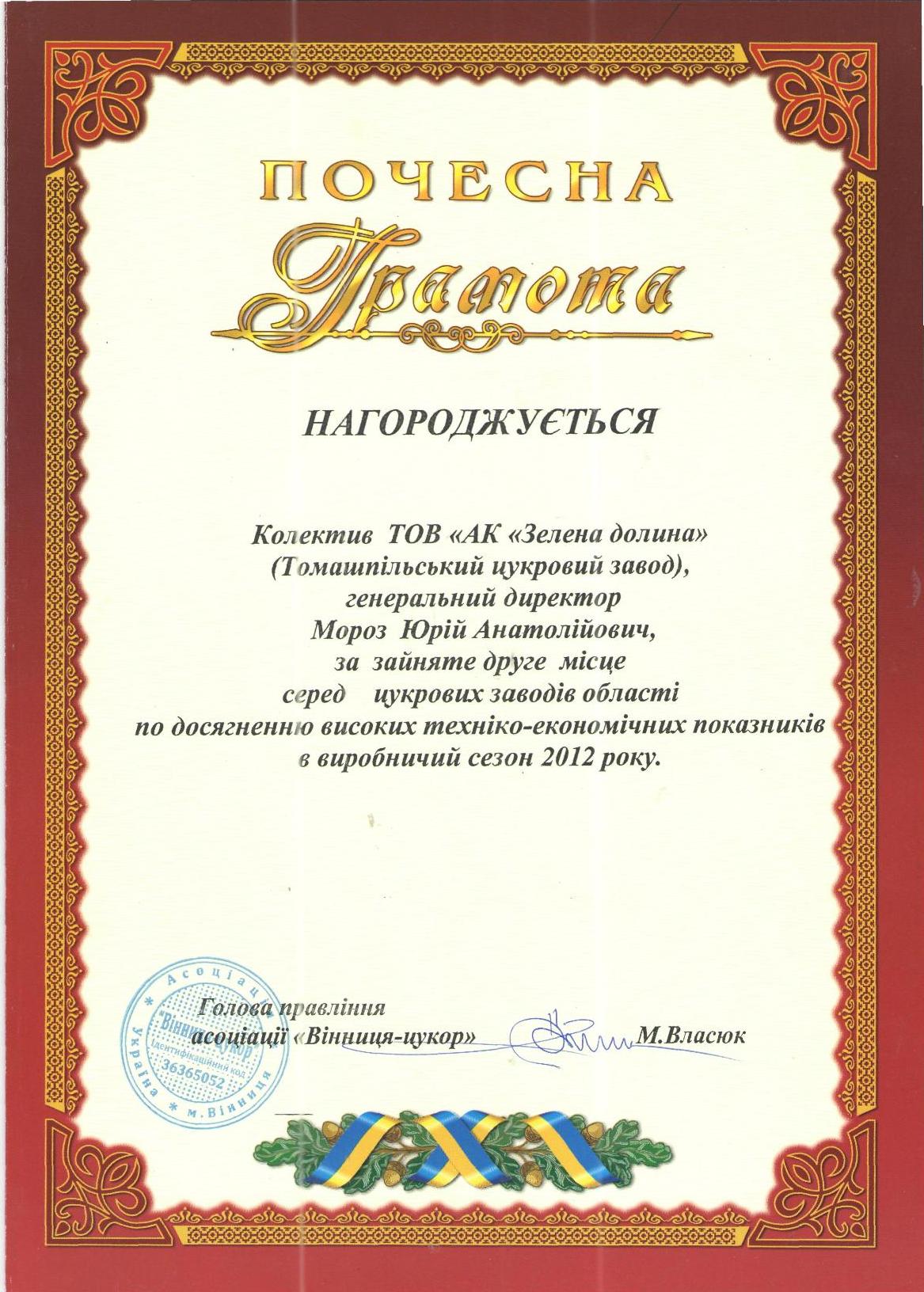 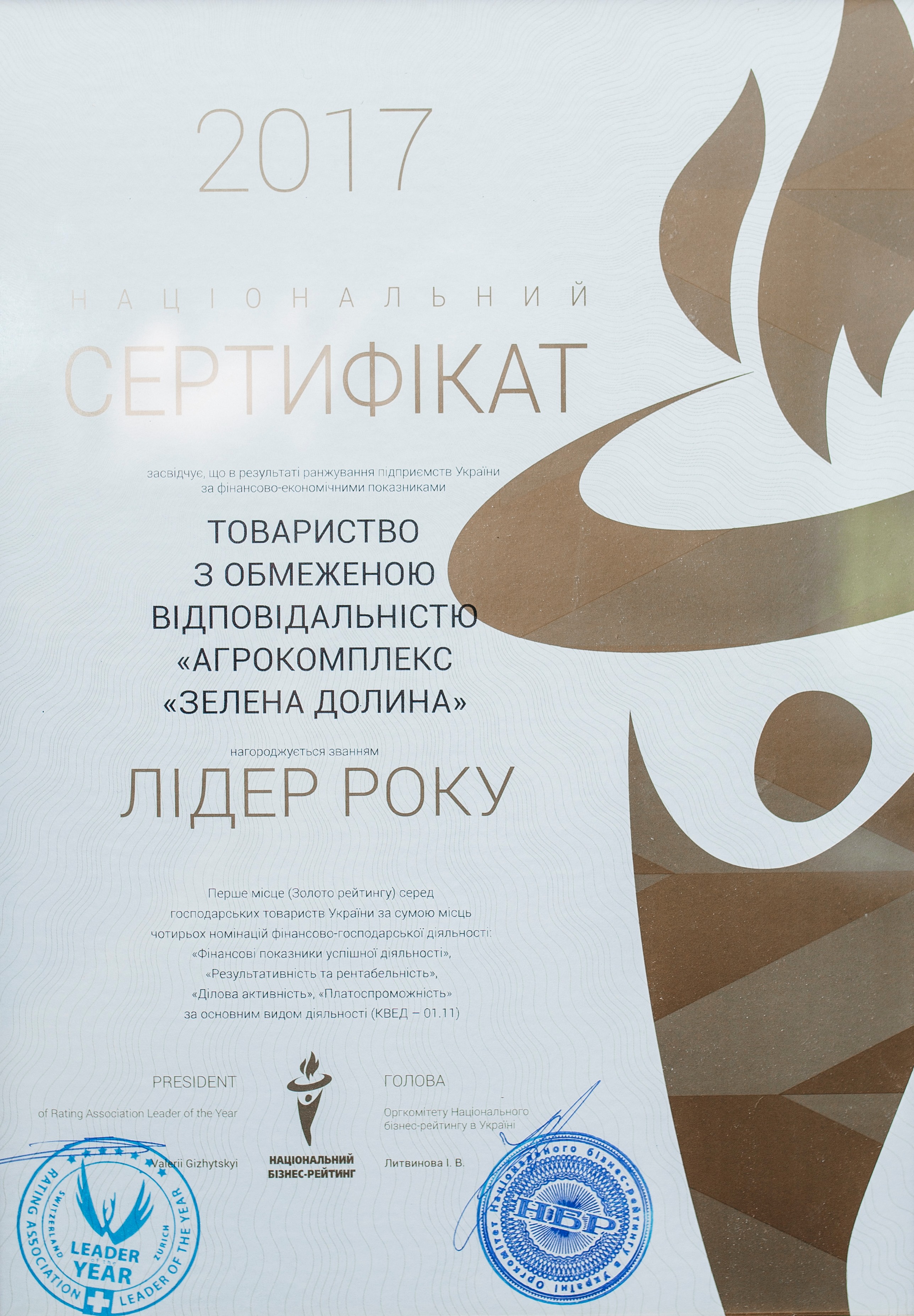 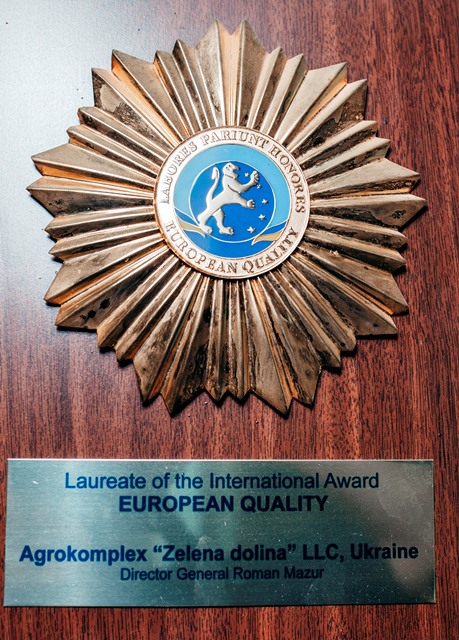 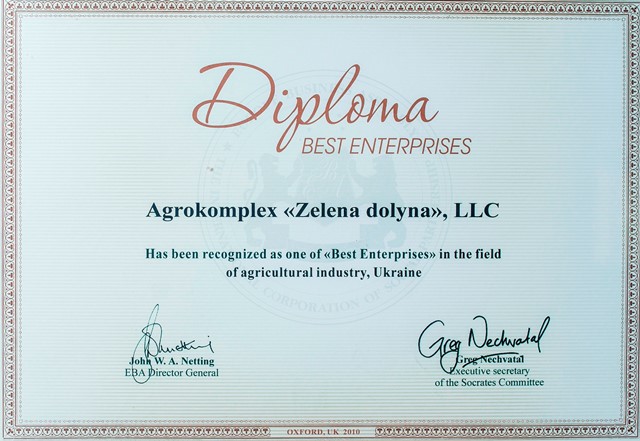